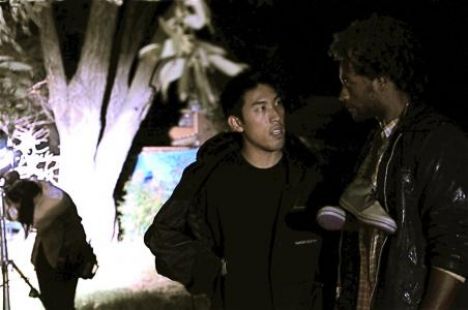 I've known that I wanted to be a filmmaker for a long time. I went to USC Film School and graduated with a degree in the Cinematic Arts. While in school I PA'd on several Hollywood feature films, commercials and music videos, including Angels & Demons, Seven Pounds, Valkyrie, Yes Man, The Invasion, Gridiron Gang, College Roadtrip, License to Wed, The Unit, Without a Trace, Weeds, etc. My experience there opened my eyes to how real productions work and the overall scope of how to manage a set. Since graduating from school I have been working on my commercial reel, producing, writing, and directing over 12 spots to enhance my reel. Spots for Proquo, NORML, and Callaway Golf have won prizes. I've also been hired as a freelance director to shoot multiple videos for the likes of Zuriick (Utah), American Pig Brand (San Diego), and model/host Gabrielle Reece (Malibu). I have extensive experience in the production department as an AD, where I have 1st'd or 2nd'd on short films, commercials, and web series. I have just wrapped a project featuring Jorge Garcia (Lost), that has been pitched to Paramount. The Watch (Mu Sun) is in post-production, and Buppies (Tatyana Ali) is scheduled to premiere on BET.com next month. I started Buoy Films (www.buoyfilms.com--site under construction), and have completed my first gig under this name for the University of Arizona, for which I traveled to Butte, Montana to shoot a live event. Currently, Buoy Films is in the process of closing a two-spot deal with University of Arizona. Although I am tackling the commercial world right now, my goal is to become a feature film director. As you can see in my commercial work, many of my commercials are narrative in nature. I also am in the process of writing a personal short film, and if the right project were to present itself, would work on a short film or feature immediately. In the meantime, Filmaka is a great outlet for my creative aspirations. I hope to gain many opportunities through Filmaka, where I can create creative and memorable films for many different companies, and continue my growth as a filmmaker. View some of my work at http://www.vimeo.com/anthonybui