Bunny Noir is a dark comedy from Brazilian-Argentinian-American director Daniel Barosa and Argentinian director Pablo Draletti. Shot in classic black and white, the series follows the hapless journey of Ted Smith: private investigator and giant bunny rabbit. Watch as he struggles to unravel the mystery behind a sultry senorita who has set him up to investigate a rich party boy. Can he stay off the whiskey long enough to sort it all out? En Espanol with English subtitles. Bunny Noir eps. 1-6 premiered on Dec. 17, 2009. 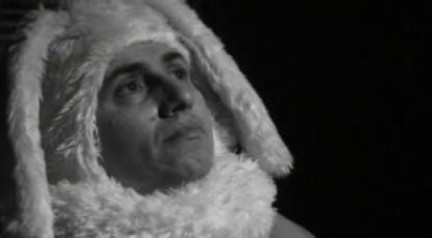 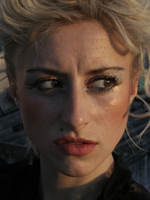 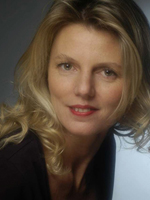 he idea for Bunny Noir first ...

Sergio Pérez was born in Buenos Aires, Argentina in 1961. He graduated in psychology and works on the psychiatric hospital Borda. In 2003 he started his acting career, studying with different actors and directors including; Humberto Serrano, Norman Briski, Santiago Doria and Alicia Zanca. His works in theater include ˜300 Milliones˜, ˜Al Maestro con Carno˜ from Roberto Fontanarrosa and Chejov's ˜El jardîn de los cerezos˜ directed by Alicia Zanca. He is now rehearsing for ˜Los pequeños Burgueses˜ from Maxim Gorki and directed by Alicia Zanca, which will premiere next year. Bunny Noir is Sergio´s second work in film. You may contact him thru email at, sergioperez9@yahoo.com.ar.

Born someday in the late 50's (Ted is a little delicate about his age), Ted Smith became a private detective in 1987 after receiving his mail-ordered diploma. His first case included a polish talking monkey and three boxes of yellow bowling shoes, but that´s a long story. Besides being a damn good detective (it says so in his diploma), Ted is also an exquisite whisky drinker. He started at the age of six, and since then has won several tournaments, including the famous French Bourbon Gateaux Avec Creme Prize Cul de Sac Award.

Born in Rosario, Argentina in 1982; Paola Silva studied music for 2 years in the University of Rosario. Later, she moved to Cordoba where she studied Art in the Galeria Praxis. Recently, Paola moved to Buenos Aires, where she started a Theatrical Workshop called ˜Teatro del Mar˜. Bunny Noir is her debut in film which was followed by many short films, amongst them ˜Need help from the Devil?˜; a jury level winner in Filmaka.

Silvia was born in Buenos Aires, Argentina. She studied acting for one year with Thelma Biral and is now currently a third year student with renown Argentinean acting coach Raúl Serrano. Silvia participated in a couple of short films, advertisements and had a small appearance in the movie "La viuva de los Jueves". In theater she worked in a child play in the Municipalidad de Quilmes.

Born in 1987; Buenos Aires, Argentina. Pablo Draletti is currently a film student at the Universidad del Cine in Buenos Aires. He has three short films "Madison", "Criminales Argentinos" which was funded by the indemnization of his last job and "Un pedazo de noche". As for his acting talents; Pablo specializes in improvisations, which he studied for a couple of years.

Ted's life-long friend and occasional sidekick (there was that time where Calzone briefly paired with the techno-folk group "Greaseheads"). Calzone lives off the inheritance left by his father's famous pasta restaurant, and when he's not helping Ted with a hard case, he's choosing which activity to pursue: whoring or gambling. Calzone was also an extremely heavy smoker (six cartons per day minimum), but decided to quit when he suddenly coughed out his left lung.