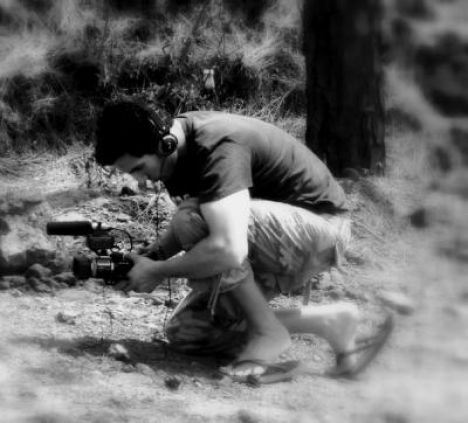 I was born on January 31st 1982 in Chandigarh, North India. As a kid I always wanted to be a film-maker and coming from a family well connected to the Indian Film Industry, I grew up in a very film oriented environment. At about the age of 15 I made my first short film about the maiden voyage of "Titanic" and after this I made a few short films in which I acted out different sequences from different films. The second short film I made was when I moved to the United States of America and named it "Men of God" a soldier's story, where I made a complete battlefield set and took plastic soldiers and made them fight with each other. It took me 2 months to finish the entire project which was 1 hr and 2 minutes in length. In the U.S. I worked for Bank of America for 6 years but my heart was always towards making films. So in 2008, I moved back to my country, India, and did a course in direction from the Film Institute. Later I discovered Filmaka. I have also represented my birth city, Chandigarh, in cricket U-16 and U-19 tournaments. At the age of 15 I acted in two punjabi films which was a very good experience for me and this was the first time I actually experienced acting at a professional level. Even though India has the second biggest film industry in the world, I was always fascinated by Hollywood. The way they make films is beyond amazing. Some of my favorite directors are Steven Spielberg, M. Night Shyamalan, William Wyler, Robert Wise, David Lean, Mel Gibson, Sanjay Leela Bhansali, Vidhu Vinod Chopra and all time favorite films are The Sound of Music, Ben-Hur, Doctor Zhivago, Schindler's List, Signs, The Sixth Sense, Braveheart, Black, 1942 A Love Story, Titanic and the list goes on. As a kid, we all have role models and at one point or another we are always influenced by some known personality. In my case, I have always been a great admirer of Phil Collins who was once part of the rock band "Genesis" in the 80's and 90's. According to me he is the best singer and a very humble human being. He has also helped people around the globe by doing a lot of charity work. I hope to be like him one day by helping humanity. My dream is to be amongst the top film-makers in the world and to help and entertain people through my creativity because for me films is the best medium to put across my feelings and thoughts and to make a difference in this world.