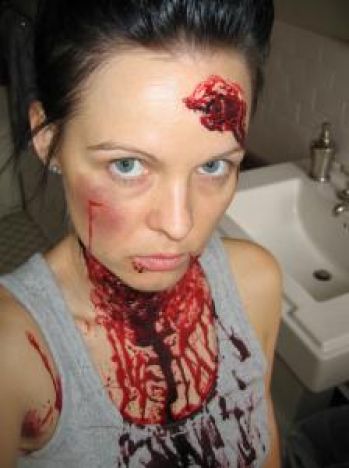 Born and raised behind the Orange Curtain, in Dana Point, CA, Heather grew up as a child actor. After taking Masters classes with Kevin McDermott, and becoming involved in SOCSA (South Orange County School of the Arts) in high school, she attended Azusa Pacific University, where she received her BA in film, and was awarded the prestigious “Filmmaker Of The Year Award”, in early 2004. Heather’s first film, Famished, premiered at the Iron Sharpens Iron Film Festival, and won Best Cinematography and Visual Design, and played at the New York Film Festival, in November of 2005. While writing and directing, Heather 1st AD’ numerous films including the feature, "Loving Annabelle", in 2006, and "Eyes of the Panther", which premiered at the Los Angeles Film Festival in 2007. Since then, Heather has directed a Pilot for the Food Network, and various Plays at “The Ruskin Theater”, and “The Actors Theater”. She soon after ventured into the Post Production world, as a DI Producer / Project Manager at Laser Pacific Media Corporation, a Kodak Company. Here she managed various films including the Cohen Brothers, "No Country For Old Men", and Christopher Guests, "For Your Consideration". With the full gamut of Pre-production to Post-Production under her belt, Heather started her own Production company, "Anesthetic Pictures", and is currently writing and directing the Web Series premiere of, "Naked Credit", (http://nakedcreditthefilm.com), with Filmaka due in late September / October of 08’. Heather can be found on imdb.com @ http://www.imdb.com/name/nm2001908/