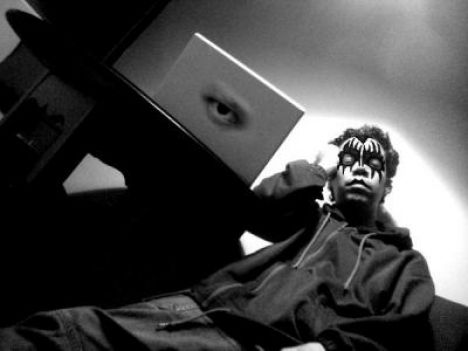 Since I was a little boy, I wanted to make something alike those funny and scary things shown on TV and film. My mom used to take me to the movies saturday mornings, sometimes was a joyride, sometimes frightening... I think there were no middle points... In Highschool, I used to go too the movies alone because guys from the neighborhood liked to go to the cinema to make a big mess when they killed the lights. And what they like to do? Screaming, throwing pop corn away to people... It was funny, but they didn't let me check Electric Boogaloo, Neverending Story or Highlander in a quite way. They called me “movie-dumb”, because I went alone to the movies. It was annoying once but, they were good pals, we used to watch bruce lee betamax movies on Diego's house. On university, my pals (new ones) and I, whatched “Cape Fear” as a prodigy film, Brian de Palma's films as clock machinery, and Romanek, Cunningham and Sigismondy's MTV videos with deep respect. In 90's, fall in love of Lynch's movies. When I started to work on TV, I could finally put my hands on motion pictures and cutting. TV never gave me a really good chance to create something cool, something mine, but it was a tremendous school, an unforgetable learning, even that I had a chance to make a long lentgh telefilm, writen and directed by me in 1998, thanks to Colombian Culture ministry. Beside that “long- lengh” experience, I made a couple of music videos... When new century arrived, and finally DV gave us all the chance to make our own shorts, meanwhile I was not working on any TV channel, I was shooting something with my mini DV camera (actually I started with a Hi8...) and spending endless hour in front my PC. It was smelling about democracy... In 2004, was enough for TV, I was really tired about the same. Guys from Berlin ask me if I wanted to make a shortfilm with a cellphone and in 2004 it was a weird idea, cellphones was for call and hang, and barely for take pictures... Well, I said yes, and they sent me a “NASA” device. I make CHECKLIST, my first cellphone shortfilm or “micromovie”, as they wanted to call those films since then. They invited me to Berlin, it was a big festival, international, multicultural, and in a really hip city like Berlin is... And the big surprise was that I was the winner... Well, since then, here in Colombia I'm “the cellular guy”, nobody calls me filmmaker or director anymore, nobody take me seriously... But, as when my pals in the block called me “movie-dumb”, I think been “the cellular guy” it is OK, because finally filmaking is in our hands and we can watch the movies made by big studios and make our movies too. ...And I was one of the first guys in the world who made a micromovie, and had no problem about if it was made with film, video, mobile, PC, mac... Now on, it is irrelevant what you use to make a film. Now, at last, human talent, hands, eyes and heart are more important than anything, and with every shortflm, movisode, micromovie or youtube video response, we all humans are giving less relevance of what absurd technocracies used to say for us to obey. Now I'm middle 30's, and I do not like the movies I see. I'm a university Teacher, have won 8 shortfilm festivals in Europe and USA, and I do not like movies anymore... It's because is Theater! Vertov and Melies discoveries went to trash! Editing as a glue for actors gestures, a domesticated tool. Even when I watch an “independent” or European movie, theater rules. And sound is a decorative object. It is a shame, Melies making noises on his tumb... Now, when filmmaking is on our hands, when editing can be understood by more people, we have to make something about it, we have to make films beyond theater, we have to make more films, long ones, shorts, we must find the joy of the cut again. Maybe the best director of our time is in front of his computer playing freely with images sounds and cutting. Fortunately there are exceptions in traditional movies of course, and in deed drama is the scent of many art forms, but this is not about what films to make, it is about using a language, to make it free and wild. Last Cannes, Atom Egoyan said about long lengh features that, maybe in a near future it will be a past lengh form due to present democracy, and he would try to preserv tradition as much as he can... Well, let's see... Now internet steps loudly with giant foot, and big companies open widely their eyes in front of worldwide comunity creations. Definitly a really good time for movies when everyday-guys put their hands, eyes and ears to keep on building what Vertov said was “an International Language”!