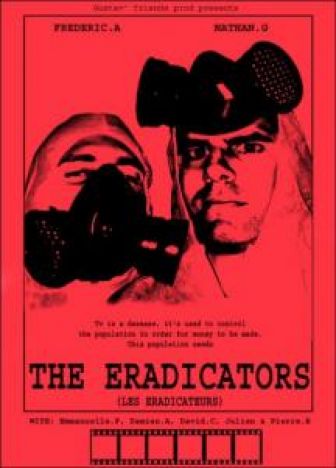 Gustavfriends is an independent and dynamic structure of creative people. We love making videos in the format of short movies, viral video and music video. Our structure was founded in 2001 by 3 guys, 2 French, and 1 Australian, each of whom brought different skills to the team forming a strong, balanced chemistry. Our team now numbers more than 20 collaborators from different backgrounds including photography, design, graphic design, acting, and music, all united in the common interest of movie making. So far we’ve made more than 40 short movies and videos.  Our films cover many styles such as: thriller, comedy, action, alternative, experimental, mocumentary and music video. Our viral videos have been used by the ‘Movember’ charity in raising ‘moustache awareness’ in 2009, having been sent out to more than 200 000 people worldwide in the lead up to, and during, the month of November. Our aim is to always bring a fresh approach to a project while keeping our creative independence.  When we think up a project our goal is to keep it simple and focused, while respecting the right balance between the purpose and budget of the video. We've formed a close relationship with a large technical crew whose skills include camera, lights, sound and editing, providing both an added professionalism and flexibility to our productions.  It has also enabled us to develop larger, more important projects of a higher, more professional quality. www.gustavfriends.com