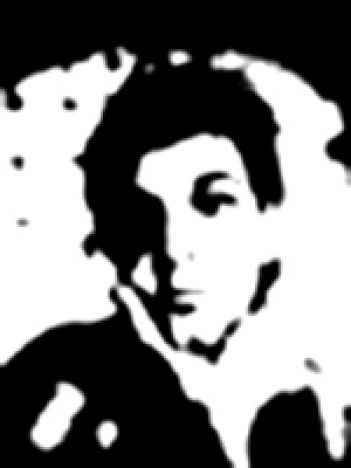 Director, Producer Sandra DALLE was born in Paris 9th, Citť Malesherbes, quarter Montmartre. She says to have only memories of parquet floor of the apartment street Henri-Monnier before his family does not move and is installed in Savigny on Orge. Her father is a lawyer, his mother is a maternel wife. Her parents met in Spain in the area of El Salvador Dali, some share between Figueras, and CadaquŤs and the house of Dali With her grandmother Breton, she has a great complicity and a spiritual link of very solid childhood which maintains it on ground. Sandra is the sister in the medium between an elder brother, Laurent, and a younger brother, Cyril. Very early she plays the piano, takes courses of drawing enchanted by the exits in the Louvre Museum with her mother. This museum with it all alone is "her best course of art". Beating, dyslexic, secret, she does not play any more its compositions piano or Chopin, since the death of her grandmother... After studies, she lives one period when she works and spends her days with contemporary painters in gallery AREA with famous Vladimir VELICKOVIK, Peter KLASEN, Ernest PIGNON-ERNEST, Bernard BUFFET, CUECOÖ Her pleasure to work multiplies by ten her desire "to learn how to produce cinema ę Perhaps in painting-art I understood how to make a painting while being unable to paint ; for the cinema, I just thought the reverse for me to make some able, I thought inevitably of the 2 learned ! ę She settles in Paris, rue des Taillandiers, white walls, parquet floor and seen without opposite released on the horizon of the Genius of the Bastille. Daniel CHEVALIER and Valerie OTHNIN-GIRARD who put to her the foot with the clamp in her first training courses on full-length films. "NIGHT ANGELS" is shooted in 1997, her first short-film......./..... "NIGHT ANGELS" has rotten all the team in the incomprehension of my universe. The more I explained, the more the team was explained... With the end when the team always asked me questions, I ended up answering by questions ! " Hardest was to make them believe that my angels must to exist at least in film even if for the team these angels did not exist ! With this film I can say that I tested my capacity of abandonment to embark everyone, enthusiasm, energy, infiltrated all in blackness. This film I see it as a kind of nightmare which gives to the alarm clock unpleasant and strong feelings so much so that one does not dare anything to tell some to be sick for it... In selection with Short MAMERS "against the AIDS", my train tickets in hand I had the jitter to go there....... and to still perhaps explain but what?!"... "LOUíseyes" the writing of her first full-length film saves her of a sorrow of love. Assistant-producer-driector on filmings "to learn herself" with the trade, to assist gradually opens her with constant boilings. ę VITAL BATHTUB", is her second short-film. A festival in ATLANTA, July 2002, she meets Ben BARENHOLTZ in New York which receives her at his loft and gives her ę HIS councils Ľ. On festival, she was interviewed by CNN. Annette INSDORF e-mail her three lines of criticism on its characters "dark-depressed" and assassinates its too concise credits. Sandra works over again one year on "VITAL BATHTUB" new credits, special effects... "LOUíEYES" "PINK METHOD" "WINTERíMIRROR" it is her future TRILOGY. Now Sandra during10 years write this/her trilogy.