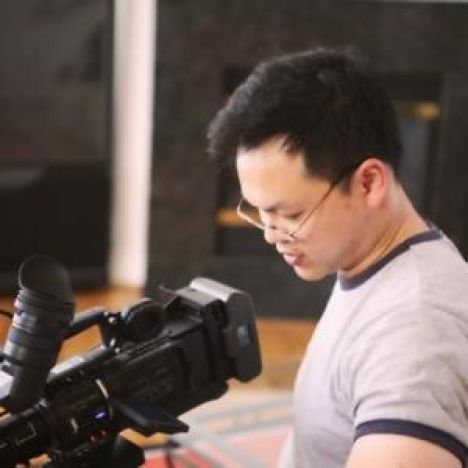 Director, Editor, D.P. Max Nguyen has had a passion for filmmaking for most of his life. Endeavors include numerous forays in music video, short films, multimedia and personal projects. Nguyen has worked as an independent contractor as well as for Robotboy Films, Moffett Productions and Smart MultiMedia. Notable award winning projects include Ijo People , You Can’t See, Everything , H-Town Boys, Into the Light, Goin' Down to Mexico and Five Fingered. Max Nguyen is a native of Houston and studied film at The University of Texas @ Austin. He owns zero cats. KYLE JONES Writer, Producer, Actor Kyle Jones has written and worked in film and audio production since he was a zygote. His work has included short films, music video, anime, monster movies, shoot’em ups, sock puppets and web virals. Jones has been employed as both an independent contractor as well as for Robotboy Films, ADV Films, SBJ Films and numerous advertising agencies. Notable projects include Ijo People (Platinum Remi), Lake Texarkana Gamera, Everything (ACL Fest Finalist), H-Town Boys (Worldfest Gold), and Five Fingered (Best in Show – Dusk ‘Til Dawn Film Festival). Kyle Jones is a native of Texas and studied RTF and Advertising at The University of Texas @ Austin. He has a big nose. Max Nguyen and Kyle Jones have collaborated their efforts since 1991, during their college years at the University of Texas. Over the years, the two have developed a cohesive working relationship, sharing many ideas and duties within the process. No matter where their real lives and responsibilities take them, Max and Kyle still make it a point to find the time to get together scratch that creative itch. And drink beer.