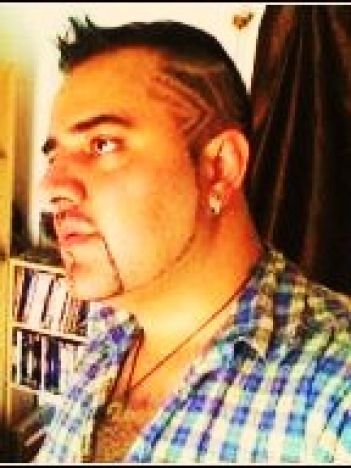 i was raised and grown up in Dubai, London and Canada. (1) MY EDUCATION ,i have done my 1& half year televison and video production course from city and guilds of london .i have completed my feature film direction course from toronto by Dov Simmons of Hollywood film institute and i was awarded a graduation certificate as well. (2) MY WORK (EXPERIENCE , i lives in montreal and i have worked at Avr media montreal for 3 years in tv productions for Global tv plus as a programme host for Radio (Humsafar for 3 years. (3) MY FAMOUSE AND IMPORTANT PRESENTATIONS ,i have interviewed many famouse celebreties from diffrent walks of life included" BENAZIR BHUTTO ,prime minister of pakistan. NAUSHAD, greatest music director of bollywood. MIKHAIL GORBACHEV,president of soviet union. AUNG SAN SUCHI,freedom fighter of burma. TAHIRA SYED,famouse ghazal singer of Pakistan. ZEBA BAKHTYAR,legendry beauty who has been graced famouse oscar nominated film HENNA of bollywood,production of RK films. LATA MANGESHKAR,nightingale of india. MEHDI HASSAN,Legendry ghazal and classical singer. NAHEED SIDDIQUI,legendry Kathak dancer. SHEHNAZ REHMATULLAH,legendry singer of Bangladesh. SAMINA PEERZADA,pakistans award winner film dierctor,actress. i have presented these interviews as special shows and tributes along with music,background music,presentation and all ideas and concepts were created by me and each show was a hit . (4) MY VERY SPECIAL AWARD WINNING PRESENTATION , i have also presented,written and directed a special show HIMALAYAS on the 50th anniversary of Climbing and summit of the Mount Everst,along with a informative script about Everset,detailed history of climbings,Tracking and climbing info, beauty of the regione.show was supported with folk tunes of himalayas and some spirtual poetry.that show was a big hit and i believe THAT WAS THE ONLY SHOW PRESENTED THAT DAY FROM ANY RADIO STATION IN THE WORLD. (5) MY AWARDS AND ACHIEVEMENTS , i have received best PROGRAMME Director and Presentation Award twice in 2003 and 2005 from Radio Humsafar Montreal for my work .i have many great ideas for film and i m willing to make great and memorable films. (6) MY OTHER EDUCATION , for me learning is for life time, i dont believe that education should stop after having a formal degree ,that is the reason i always participate in the courses about diffrent topics to enrich my mind, my soul and to enhance my inner and outer personality i have done these courses (a) WAR AND PEACE, from university of OXFORD ,UK. (b) A PHILOSOPHY OF OUR TIME, OXFORD university, UK. (c) LESSON IN THE LEADERSHIP, OXFORD university, UK. (d) GREAT POLITICAL THINKER, OXFORD university,UK. (e) HISTORY OF NATURE, YALE university , USA. (f) DISCOVERING HEAVENS,STANFORD university,usa. (7) MY WORK IN PROGRESS , i m filming some short movies specialy for filmaka.i want to present something for all of u ,something realy breath taking.my subjects r very sensetive and catchy.just wait few days and i ll present my work.i m strongly hoping to win funding from FILMAKA.