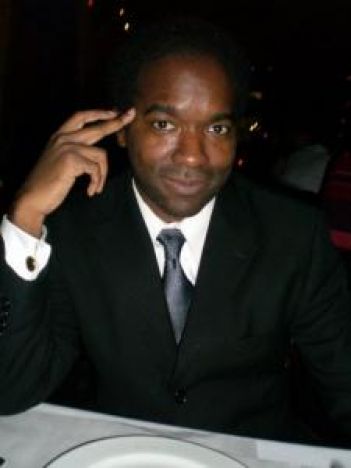 Damon Young is a native of Baltimore, Maryland. The youngest of two sons born to parents native to that state’s rural Eastern Shore, his mother still draws a distinction between “Shore Folk” and “City Folk”. Damon received his Bachelor’s degree in Computer Science from Princeton University’s School of Engineering and Applied Science, where he was routinely mistaken for a politics major and prided himself on not starting papers for liberal arts classes until after lunch on the day they were due. After college, he worked in New York City as an information technology consultant, first with Andersen Consulting (now known as Accenture), and, later, for Cambridge Technology Partners. Realizing that slavery was still technically illegal in the United States, Damon left the technology industry and moved to Los Angeles to pursue his life-long dream of filmmaking. He graduated from the American Film Institute’s Center for Advanced Film and Television Studies with an M.F.A. in Screenwriting, where his credits include the acclaimed short films “Distance” with director Sechaba Morojele and “The Wish”, directed by Sundance alum Goran Dukic (“Wristcutters: A Love Story”). His feature screenplay, My Own Lily, was a quarterfinalist for the Academy of Motion Picture Arts & Sciences’ Nicholl Fellowships in Screenwriting, as well as a semifinalist in the Chesterfield Film Company’s Writers Film Project competition two years in a row. He recently wrote, directed, & produced the short film “5”, a spoof on the Fox TV show “24”, which was an official selection for Comic-Con 2008’s Independent Film Festival. His tastes are eclectic. He volunteered for Howard Dean’s presidential campaign, but counts his Wrestlemania XIX commemorative folding chair as one of his prized possessions. At any moment, his stereo could be playing either Roy Ayers or Korn. His current reading list includes books on heaven, quantum computing, steak recipes, and Green Lantern. He considers himself a Christian, so he’s learning not to look down on religious fundamentalists. Damon currently resides in Los Angeles. He is represented by The Gersh Agency.