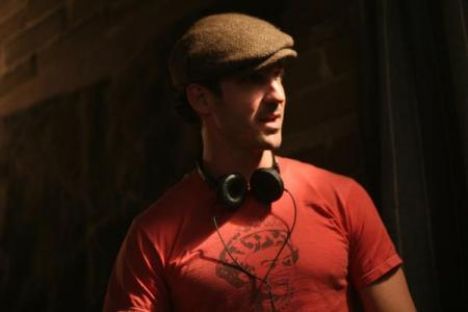 JT Mollner was born in Las Vegas, Nevada. His father and mother, Duke Mollner and Ginnie Mollner, both in show business at the time, supported and cultivated his creativity from a very young age. JT was writing short stories as a small child, and became obsessed with cinema in his early teens. He was fascinated by the works of the great "outlaw directors" who emerged from movements like "The French New Wave", and subsequently the "New Hollywood" film renaissance in the 1970's. Mollner's writer/director credits include the dramatic thriller, "The Red Room", his hard hitting horror short, "Sunday Evening", and the dark western genre bender, "Henry John and the Little Bug". He just directed a music video for Filmaka and Lincoln, written by Dana Barnaby, based on the song "The Race", by the band, "The Heavenly States". JT is set to direct the feature horror film, "The I Scream Man" in the spring, starring Crispin Glover and Dee Wallace (from a script he wrote with Mikos Zavros). His production company, "NoRemake Pictures", is committed to injecting original, sometimes controversial, stories into a market that seems to be saturated with remakes and safe, formula fare. The Mollner/ Zavros company (an advocate of real film stock, and not HD) is also committed to creating films that do not rely on CGI special effects. Mollner resides in Hollywood, CA.