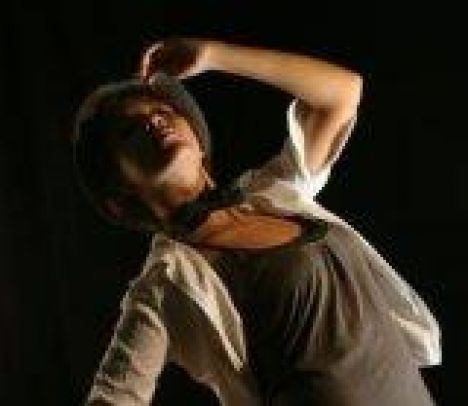 Lilia GS, her interest in Literature and Drama was born ever since she was a small girl of 5 years old who loved story telling... With only 9 years old, Lilia stared to discover the pleasure and beauty of writing poetry... But it was in 2001, when she decided to join the group Theater Impromptu that she discovered the craft of writing theater plays and acting. Two of her written plays got produced in the Theater Julia de Burgos in Puerto Rico in 2003 and 2005... From 2001 to 2005 , she worked in more than 13 plays as an actress. But after seeing her work produced in the stage: " I wanted my work to be seen by the public with more realism as I originally imagined when I wrote them, that's when I decided I wanted to become a screenwriter and filmmaker... " says the puerto rican aspiring filmmaker. In 2007, Lilia GS was one of the two persons that got chosen in her country to get a full scholarship to be a curator and jury of the Chicago International Children Film Festival, where also she was given advance lessons of screenwriting... "A wonderful experience, I got to shared time with future filmmakers of Mexico, London, U.S., Palestine, India, Slovenia, China and other countries."says Lilia GS It was also in this year when Lilia moved to LA to study Film and TV in California State University of Los Angeles as well as she did, before and after, other years of study in the University of Puerto Rico, Rio Piedras Campus. In 2005, she won the scholarship of Robert C Byrd for her dedication to the arts, community and education. After arriving to Puerto Rico, she prepared herself for 6 months to go back to LA and in 2009. In 2009, she worked in Los Angeles in several marketing firms. As for near plans, Lilia is about to graduate. As for now Lilia been occupied being the executive producer of a short film of the University of Puerto Rico: "Lamia"(2010) , that is still in post production.... "I see myself down the line moving my way up to creating ideas for commercials, becoming part of a writing staff of TV in a studio like ABC, CBS, and later on producing series and sitcoms and writing in my spare-time long feature films. I see myself working internationally in China (I'm learning Mandarine as we speak) United States, Spain , England, Canada, India, Italy , France... I want to explore my possibilities and give my best to the best. " - says with excitement the aspiring filmmaker and actress, Lilia GS.