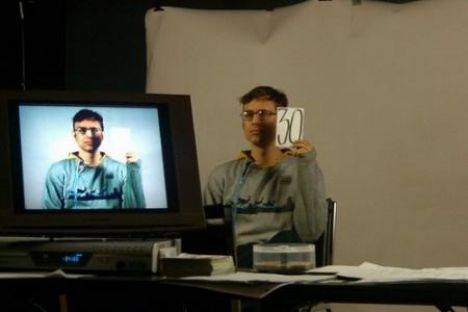 Ted Passon is an award-winning filmmaker and artist living in Philadelphia. Ted has exhibited his work in film festivals and galleries around the US and abroad; including: The Oberhausen Film Festival, The New York Underground Film Festival, The Seattle Film Festival, The Institute of Contemporary Art of Philadelphia, Yerba Buena Center for the Arts SF, Museo Tomayo Arte Contemporaneo in Mexico City, and Gallery Revisited in LA. In 2009 he produced and performed in, “Inside the Mattress”; a live music and video performance project with Tender Forever for the Whitney Museum and the French Institute Alliance Francais in NY. In 2006 he was invited to compete in the PDX Film Festival Invitational also known as “The World Championship of Experimental Film”. He has won over six awards at various film festivals. Ted has also directed music videos for artists such as: Kimya Dawson, Plastic Little, and Sweatheart. His music video for Plastic Little’s track “Dopeness” was named “One of the Best Music Videos of 2007” by both GBH.tv and “The Reel” UK industry magazine. He is apart of All Ages Productions and has produced commercial projects for clients such as: TOYOTA, Greater Philadelphia Tourism and Marketing Corporation (GPTMC), The Travel Channel, Discovery Channel, Big Smack TV, Biography Channel, DISH Network, Drill Team Media, Pew Charitable Trusts, Lime Projects, LEGO, K-Records, 215 Magazine, WYBE TV, Tender Forever, Mark Dion, and Free News Projects. His commercial for GPTMC’s 2009 “Feel the Love Campaign” won an Adrian Award from Hospitality Sales and Marketing Association International (HSMAI). In addition to filmmaking, Ted has curated screenings for the Rotterdam International Film Festival, The New York Underground Film Festival, and the 180 Meridian Theater in Taveuni, Fiji; among others. He has completed several US tours with his own work and the work other Philadelphia based filmmakers. Ted lives in Philadelphia and is a member of Space 1026 and co-founder of both the Small Change Film Screening Series and The Padlock Gallery. A DVD Collection of his work is available from K-Records.