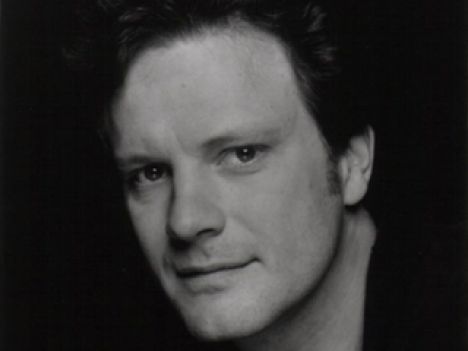 A classically trained British theater actor, Colin Firth is a veteran of film, television and stage. Firth has just wrapped production on Universal Pictures’ “Mamma Mia,” a film adaptation of the ABBA musical. The cast includes Meryl Streep, Pierce Brosnan and Stellan Skarsgard. Phyllida Lloyd is directing the film which features 22 ABBA songs. Firth has also recently wrapped production “Genova” which is being directed by Michael Winterbottom. Firth stars opposite Catherine Keener in the film, which is a horror mystery story revolving around two American girls and their British father who move to Italy after their mother dies. “And When Did You Last See Your Father” is an independent film starring Firth and Jim Broadbent, which follows a father and son’s tumultuous relationship. Directed by Anand Tucker, the film is based on the best selling memoir by Blake Morrison. “And When Did Your Last See Your Father” is currently in theatres in the UK and will be released by Sony Classics in the US in 2008.” The film screened at the Toronto Film Festival earlier this year. Firth has also completed production on the independent film “Then She Found Me,” directed by and starring Helen Hunt. The cast includes Bette Midler and Matthew Broderick. “Then She Found Me” follows a teacher (Hunt) in a midlife crises who reconnects with her biological mother (Midler). “Then She Found Me” was recently purchased for release by Thinkfilm following the official screening at the Toronto Film Festival. Also upcoming is the romantic comedy “The Accidental Husband” starring Uma Thurman. Firth portrays Thurman’s uptight fiancée in the film which is directed by Griffin Dunne. “The Accidental Husband” will be released by in February 2008. In 2005, Firth appeared in the film “Nanny McPhee” written by and also starring Emma Thompson. He also appeared in Atom Egoyan’s controversial film “Where the Truth Lies” opposite Kevin Bacon. Adapted from the acclaimed novel by the same name, the story is a dark thriller about the breakup of a celebrated comedy duo surrounding a mysterious murder and the journalist (Alison Lohman) who seeks to uncover the mystery. The film screened in competition at the 2005 Cannes International Film Festival and the Toronto International Film Festival. In 2004, Firth starred in the Universal/Working Title hit “Bridget Jones: The Edge of Reason.” Firth reprised his role as ‘Mark Darcy’ opposite Renee Zellweger and Hugh Grant in the film, which is based on Helen Fielding’s best-selling novel. The film broke numerous box office records internationally and grossed over 250 million dollars worldwide. In 2004, Firth appeared in the critically-acclaimed Lions Gate film “Girl With A Pearl Earring” opposite Scarlett Johanssen. Based of the best selling novel by Tracy Chevalier, Firth portrayed the 17th century artist Johannes Vermeer. “Girl with a Pearl Earring” screened at the Telluride Film Festival, the Toronto Film Festival, the Hollywood Film Festival, the London Film Festival and the San Sebastian Film Festival. The film won both the L’Hitchcock D'Or and the L'Hitchcock d'Argent at the Dinard Festival of British Films. Firth was nominated for a European Film Award for his performance in the film. In 2003, Firth appeared in the Universal film “Love Actually,” written and directed by Richard Curtis (“Four Weddings and a Funeral,” “Notting Hill”). He appeared in the film with an outstanding ensemble cast including Hugh Grant, Emma Thompson, Liam Neeson, Laura Linney and Keira Knightly. At the time of its release, Love Actually” broke box office records as the highest grossing British romantic comedy opening of all time in the UK and Ireland and is the largest opening in the history of Working Title Films to date. In 2002, Firth was seen starring opposite Rupert Everett and Reese Witherspoon in the Miramax Film, “The Importance of Being Earnest.” Prior to that, Firth appeared in the Academy Award nominated film "Shakespeare In Love" directed by John Madden. Firth portrayed ‘Lord Wessex,’ the evil husband to ‘Violet De Lesseps,’ played by Gwyneth Paltrow. In 1996, Firth appeared in the multi-Oscar nominated film, "The English Patient," opposite Kristen Scott Thomas and Ralph Fiennes. His other film credits include the Marc Evans thriller “Trauma,” “What a Girl Wants,” “Hope Springs,” "Relative Values," "A Thousand Acres," with Michelle Pfeiffer and Jessica Lange, “Apartment Zero,” "My Life So Far," "The Secret Laughter of Women," Nick Hornby’s "Fever Pitch," "Circle of Friends," "Playmaker," and the title role in Milos Forman’s “Valmont" opposite Annette Benning. On the small screen, Firth is infamous for his breakout role in 1995, when he played “Mr. Darcy” in the BBC adaptation of "Pride and Prejudice" for which he received a BAFTA nomination for Best Actor. Firth’s latest television appearance was in 2006 in the critically-acclaimed BBC television movie “Born Equal” directed by Dominic Savage (“Out of Control”). The film, which was shot with improvised dialogue, follows a wealthy business man (Firth) as he struggles to help the less fortunate and finds himself inevitably drawn into their lives. In March 2004, Firth hosted NBC’s legendary series “Saturday Night Live.” He was nominated for an Emmy Award in 2001 for Outstanding Supporting Actor in the critically acclaimed HBO film "Conspiracy" and has also received the Royal Television Society Best Actor Award and a BAFTA nomination for his work in "Tumbledown." His other television credits include "Windmills on the Clyde: Making Donovan Quick," "Donovan Quick," "The Widowing of Mrs. Holroyd," "Deep Blue Sea," "Hostages," and the mini-series "Nostromo." His London stage debut was in the West End production of Another Country playing Benett. He was then chosen to play the character Judd in the 1984 film adaptation opposite Rupert Everett. Firth is an active supporter of Oxfam International, an organization dedicated to fighting poverty and related injustice around the world. He is a co-director of Oxfam’s Café Progreso, a chain of coffee bars founded with the intention of creating fair trade opportunities for coffee cooperatives in Ethiopia, Honduras and Indonesia. Colin Firth resides in London, England.