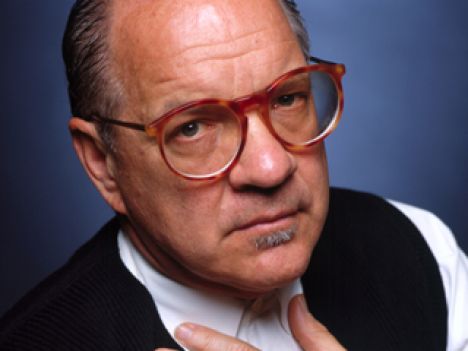 One of America's most highly regarded writer-directors, Paul Schrader began his involvement with film by taking a summer cinema course at Columbia University while he was a student at Grand Rapids' Calvin College. After graduation in 1968, he attended UCLA's film school, quickly becoming a film critic for the L.A. Free Press and an editor of Cinema magazine. His thesis on Ozu, Bresson and Dreyer was published as Transcendental Style in Film by the University of California Press. Schrader's first success came with his screenplay for THE YAKUZA, directed by Sydney Pollack in 1974. This was followed by his classic screenplay for Martin Scorsese's TAXI DRIVER (1976). In 1977 Schrader began his own directorial career with the working-class drama BLUE COLLAR (Harvey Keitel, Richard Pryor). He has written scripts for such directors as Brian De Palma (OBSESSION,1976), Joan Tewkesbury (OLD BOYFRIENDS, 1978), Peter Weir (THE MOSQUITO COAST, 1986), Harold Becker (CITY HALL, 1995) and, of course, Scorsese (RAGING BULL,1980, THE LAST TEMPTATION OF CHRIST, 1988 and BRINGING OUT THE DEAD, 1998). In 1999 Schrader received the Writer’s Guild Laurel Award for Lifetime Achievement. In 2002 he was the recipient of the Telluride Film Festival Silver Medallion Tribute and in June of 2005, was awarded the Franklin Schaffner Alumni Medal by the American Film Institute. Schrader's career as a director reflects his vast knowledge and love of different film styles and genres, ranging from the Neo-Western HARDCORE (George C. Scott), to the romantic thriller AMERICAN GIGOLO (Richared Gere and Lauren Hutton), the supernatural CAT PEOPLE (Natasia Kinski), the artist's biography MISHIMA (produced by George Lucas and Francis Ford Coppola), the political docudrama PATTY HEARST (Natasha Richardson), the erotic thriller THE COMFORT OF STRANGERS (Natasha Richardson, Rupert Everett and Christopher Walken, Helen Mirren), the haunting LIGHT SLEEPER (Willem Dafoe and Susan Sarandon) and the ironic TOUCH (Skeet Ulrich, Christopher Walken and Bridget Fonda). In 1997 Schrader adapted and directed Russell Banks’ AFFLICTION (Nick Nolte, James Coburn), released to critical acclaim in late 1998. In 2001, he shot his fourteenth film entitled AUTOFOCUS (Greg Kinnear and Willem Dafoe). After making film trivia history as one of the two directors of the twice made prequel to the EXORCIST (Schrader’s version was titled DOMINION), he returned to writing/directing with his original screenplay of THE WALKER (Woody Harrelson) which premiered at the 2007 Berlin Film Festival. Schrader will film ADAM RESURRECTED, based on the novel by Yoram Kaniuk and featuring Jeff Goldblum, in the Spring/Summer. Most recently he oversaw the tele-cine of MISHIMA, which was released by Criterion in the Fall of 2007. He lives in New York with his wife, actress Mary Beth Hurt, and their two children.