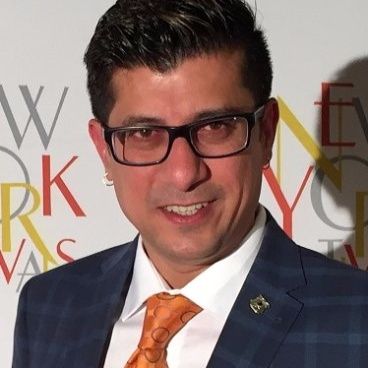 “Be The Change”- believing in making a difference! Lights, Camera, Action, three words that changed my life, from in front of the camera to behind as an award winning filmmaker and executive producer. An incredible journey working in India, Dubai, Italy, Qatar, Malaysia, Australia, China and US branded this engineer as a disrupter who took a head start in the early 90’s learning the soup to nuts of Tv broadcasting carving a niche. A hybrid creative with the ability to own a room, who masters in storytelling and content creation with an extensive understanding of the entire filmmaking process, from both technical and creative points of view. I have a successful track record in developing relevant and compelling stories that forge strong emotional connections between brand and consumer, attract audiences and satisfy advertisers and distributors. My documentary on Autistic children “They Are No Less” was broadcast on Aljazeera Documentary in Qatar. Another feature documentary on homelessness “Where The Streets Have No Name” was well received and screened at 33 International film festivals winning 14 awards. This inspirational documentary made a huge impact with the audiences and was broadcast in Germany, Hungary, Austria, Switzerland, UK, Australia and US. It is currently up for institutional sales across North America & Canada. A firm believer in giving back to the community by supporting on humanitarian issues that matter, my bilingual doco on “Organic Food and Food Safety In China” and international docu-series on “Change Makers” is under production. I also Executive Produce short films, web series and digital content that push the creative envelope. As Creative consultant I advise on short films, corporate sizzles, CSR’s, documentaries, digital/social media projects, film festivals and distribution. Recently, I have been invited to be on the jury with Queens World Film Festival for 2019. I am on the jury with PROMAXBDA, Cine Awards, New York Festivals Tv & Film and with ROSHD Iranian Film Festival in 2011