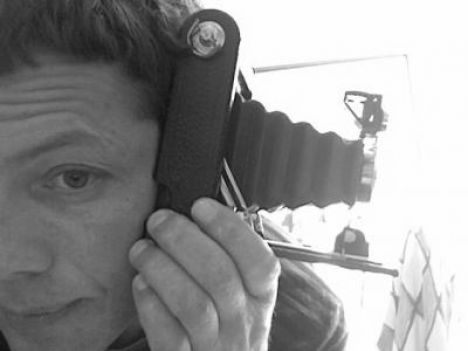 Daniels experience with film and theatre spans 20 years, and includes contracts with leading directors in Europe, the UK, and New Zealand. His professional experience as a performer, choreographer, and movement director has led him to work with people of all ages and abilities in a range of productions from Opera to Dance, and from Film to devised Theatre. Daniel Belton is a scholarship graduate from The New Zealand School of Dance. Daniel has worked with a wide range of companies including the Douglas Wright Dance Company (NZ/Europe), Arc Dance Company with Kim Brandstrup (London/Europe), Irek Mukhamedov (London/Europe), Aletta Collins Dance Company (London/UK), Siobhan Davies Dance Company (London/UK), The Royal Opera House Covent Garden (London), Glyndebourne Festival Opera (UK), Compania Vicente Saez (Spain/Europe), Jeremy James (London), Lindsay Kemp Company (Spain/UK), and Tanz Company Gervasi (Vienna/Austria). He returned to New Zealand in 1997 and founded Good Company Arts. His company has become known for its unique multidisciplinary approach to production, involving commissions of dance, visual art, costume design, new music, and film. From the beginning this work involved collaboration with recognised artists and specialist technologists in New Zealand and Europe. Many acclaimed projects combining visual and performing arts with film have been completed with Daniel’s leadership. As film, installation and live performance his work continues to be celebrated by audiences throughout New Zealand and across Europe. Daniel is a sought after tutor of contemporary dance, and movement tutor for actors and singers. His own work is reviewed in publications such as NZ Listener, Art New Zealand, DANZ Magazine, and internationally in dance and new media film festival programmes. As a performer he has been applauded in the UK and Europe with major newspapers in Vienna, London, Barcelona, and Edinburgh. As an independent artist he has delivered successful commissions for Black Grace Dance Co, The Royal New Zealand Ballet, Unitec School of Screen and Performing Arts, Te Whaea - The New Zealand School of Dance, The Body Festival, The University of Otago, The University of Waikato, Filmaka LLC, Los Angeles, USA, Channel4 UK TV, and Sala Parpallo, Spain, amongst others. These projects have been acknowledged as contributing significantly to the development of innovative moving image and performance art practice. “I immediately sensed Daniel’s creative approach to his dancing, as well as being delighted with his natural facility and his dynamic and instinctive sense of movement. He has the ability to question, explore, suggest, and a desire to understand the core of the movement physically as well as mentally. When I first saw Daniel on stage, what impressed me the most was his ability to combine spontaneous animal physicality with mature dramatic concentration” Kim Brandstrup, Artistic Director Arc Dance Company, London, United Kingdom “I had the opportunity to invite Daniel Belton to Vienna for the production „ITZA“, which was performed at the Image Festival of Dance in Vienna. I recognised Daniel as a outstanding dancer, he disposed of a high quality technique. I remember him as a dancer, who is interested in the development of basic dance phrases and space structure. I remember his precision of movement but also freedom and surprise within the choreographic frame. He was always looking for new challenges. His communicative and integrative abilities were impressive. He brought by his personal openness and his power of apprehension a positive energy for the whole group. Daniel Belton has a clearly and reflective personality, the ability to criticise in a constructive manner, himself and others. The work-process with Daniel was a pleasure, he worked everytime with hundred percent. I recommend Daniel Belton as a person and dancer, I enjoyed to get to know him” Elio Gervasi, Artistic Director, Tanz Company Gervasi, Wien, Austria. “I will always keep my eye out for Daniel, not only for myself but as someone I believe in. He is held in high esteem by many in the dance world as a thoughtful, committed and exciting dancer” Siobhan Davies, Artistic Director Siobhan Davies Dance Company, London Daniel Belton’s film work has made selection to over 75 major international festivals in dance film and video-art media. These screen projects have consistently won awards and secured finalist nominations. Daniel Belton and Good Company (Good Company Arts) produce dance theatre works and make films featuring human movement with fine arts. The award winning company has an international reputation for their unique multi-disciplinary approach involving commissions of visual art, haute couture design, new music, animation and film. Recognised performance artists and specialist technologists work together under the leadership of artistic director Daniel Belton. www.goodcompanyarts.com Before technology connected speech to film cinematic stories were told in movement and gesture. The screen space was electric with physical expression in the telling, supported by music and often guided with captions or scene titles. We are drawn to these early films because of their physical beauty and their sense of movement. Daniel’s main focus is to design a synthesis in moving image. He works with the human body to develop time based sculpture and story. As part of this process we have revisited the practices and effects of early 20th Century Modernism. The films concern the dialogue between the human figure and new technologies, particularly in the context of choreography for the screen. Daniel visualises and edits film as a choreographer shapes a dance. Prize MOST INNOVATIVE WORK – After Dürer, by Daniel Belton, New Zealand, 2007 “Through an elegant and strict visual figure - characterized by a suggestive post-modern mentionism - this work, which is a cooperation of professionalities of various milieu, such as digital graphic, music, art, math, dance, etc. finds one of the most interesting tendences of videodance, that one which doesn’t limit research to choreographic and movie aspects, but extends to optical-visual and perceptive level, fully showing that videodance belongs to videoart’s sphere” Ada d'Adamo, Diana Gianquitto, Anna Redi, Bruno Roberti. Il Coreografo Elettronico, Napoli, Italia 2008