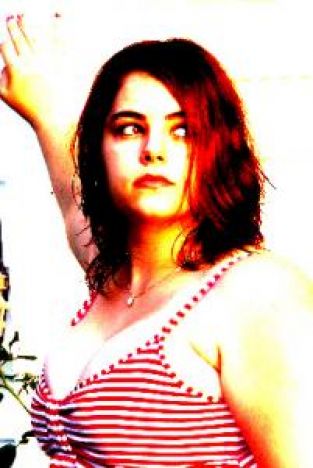 Amanda Cantales was born on October 30, 1988 in New Hartford New York. She was raised in Utica. The oldest of 5 children, she was born a leader. She is confident, honest, trustworthy, loyal, opinionated, open-minded, creative, outgoing, courageous, beautiful and addicting. She has always been one of the biggest drama-queens you will ever meet, but it only adds to her charm. When she was 12 years old, her father committed suicide. 3 years later, her cousin, who was then 15, met the same demise. If only adding flame to the fire, 4 years ago her mother was diagnosed with Multiple Sclerosis. Since then Amanda has found that through writing and story-telling she was able to over come these hard-ships and tragedies. Her best-friend, cohort, and partner in crime for over a year, Cory (who is a director), has seen a flame within her. Being deemed his "creative assistant", Amanda realized that she could take the energy she has been holding back for years, and channel it into writing, producing, and acting. She and Cory have already begun writing, and bouncing ideas off of one another. Its amazing how one person can have a single idea, and the other can just run with it. He comes up with the idea, she creates the story, he bring the words to life. She has done some modeling in the past, but nothing professional. It has always been her dream to be an actress, but it wasn't until she met Cory that she ever thought it would, or even could be, a reality.