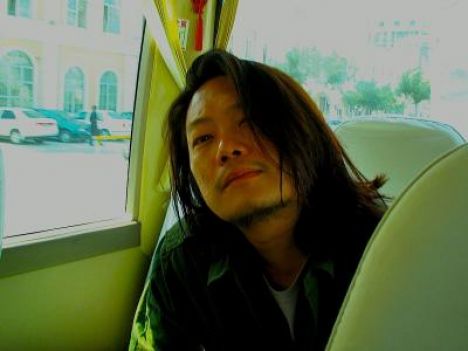 After winning a nation-wide poetry competition at the age of eight, Mikael discovered an incessant craving to create. Film, music, poetry... Then he chanced upon guitars, pianos, microphones and the lime-lit stage. His band, SHELFTALKER, recently performed at the 2007 BEIJING POP FESTIVAL alongside the likes of NIN, Brett Anderson, Public Enemy, New York Dolls and Joey Ramone. With a bachelors in Finance ( which he most certainly does not need), he stumbled upon the world of advertising where the 'Frog-in-the-well' episode began. In nine years as a copywriter and Creative Director, he garnered more than a hundred international awards (Cannes Lions, One Show) while at Bates, Batey, and Saatchis. But something is still missing. Inspired not by great films, but by how many bad ones there are out there, he has since given up everything (some more painful than others, to which a certain 'she' would attest to), in mad pursuit of that one big idea. To make that one great film. This decision was made easier by Mom's visit one day several months back. She said, "i don't know what your advertising award showcase is all about, but would you like an omelette?" And the frog was elevated to a higher sense of being, and to a bigger world out there. Crystal. Well she WILL recognise the Golden Horse Award (Asia's equivalent of the Oscars) in future. But for now, he still wants to have that omelette please, Mom?