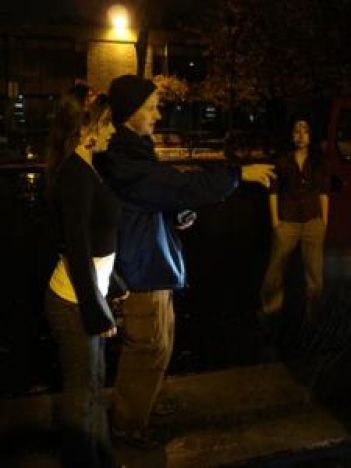 Craig is a versitile filmmaker who prides himself on making quality films, some of which appeal to the masses and others which are grittier and more personal. His style has been called “kinetic, creative, inventive”. He’s been described as a “Visceralist”, who wants you to feel like you’re in the movie not just watching it. Equally at ease with Cast and Crew, he loves the collaboration and creativity involved in all aspects of filmmaking, from writing, to shooting on set, to the editing room. He’s learned from filmmaking greats in directing (Sam Mendes, John Landis, John Badham and Gil Bettman, & David Fincher), writing (Alan Ball) and cinematography (Conrad Hall). As well as up and coming award winners, Daniel Kraus (Jefftowne, Sheriff, Ball of Wax). His professionalism and pure excitement on set help to keep everyone involved at the top of their game. His style has developed directing features, documentaries, shorts, music videos and commercials. He is all about getting it done, where many might see the obsticles, Craig makes the decision to do something, and works to solve any problems along the way rather than letting those problems stop him from making films. Craig is the founder of Kid-O films and the director of the unbelievably touching documentary “The Closer She Gets” (Official Selection, Slamdance Film Festival), which chronicles his mother's fight with brain cancer and the journey's effect on his family. His love and dedication towards his craft has spawned many creative short films spanning multiple genres. As a co-founder of Trespassing On The Lot, Craig's particular interest in the action and horror genres has brought frenetic energy and unimaginable creativity to the popular web channel. Not always as serious as his films may make him appear, he’s also the director of many comedies, including "FOOD SERVICE: The Musical". He’s very good at making a lot out of a little and can create exciting images and scenes with whatever resources he can get his hands on. In addition to film, Craig loves to travel both in and out of the country. Experiencing the unique differences of other countries, both in the people and the landscapes provides inspiration and joy. His trip to Russia last year yielded spectacular locations for the Trespassing On The Lot Season 1 film "Lady CarLove". He also loves to dance and sing Karaoke. His memorable rendition of “Total Eclipse of the Heart” has even earned money for charity!