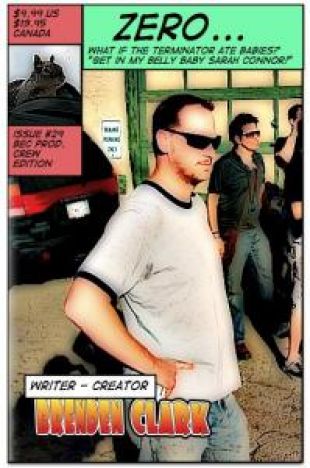 Burbank, CA resident. I worked at Current TV for three years, then had a hiatus to do some writing, directing and production designing, music videos, sitcoms and commercials. I have been producing and directing on the show "I'm Alive" Season 2 for Animal Planet this summer. I was a finalist in the Lincoln MKS Future Stars Contest. I'm a double Finalist in the Snickers Commercial competition which I recently directed, final edits being done now and hope to have the two commercials done in the next week. Also worked on friends' projects, Filmaka Members, who were nice enough to help me with mine. We have a good group that works together. We were again a Finalist for the DIRECTV Film Competition with "Great Moments in History," the Discover Card short film with "King of Cool" as well as two films in the Hard Times Competition, "Blow Out" and "Everything Must Go." I recently directed my first music video for a band whose manager I met through the Lincoln MKS competition. It's all about networking. I have been lucky enough to work with some great film makers over the years. I've been on productions with Steven Soderbergh, Ivan Reitman, Frank Darabont and Clint Eastwood. Even stranger, I recently built a wigwam on Steven Spielberg's front lawn. It's a weird town. I've done everything from being a PA, Production Designer, Actor (please don't ever find any of my work, I was a terrible actor), Writer, Coordinator, AD and more. All those opportunities were chances for me to learn and now I'm finally taking what I've learned and applying it to my own work. Some other background information, I have been in and out of the business for ten years as I was called away for a few other adventures at times, including a stint in New Orleans after Hurricane Katrina hit, where I spent a year working on the recovery efforts. Also spent a year on an island, another building a cyber-gaming cafe from scratch and a few other weird jobs. All experiences that I could grow from. I'm looking forward to the SNICKERS® competition. Contest like this are great for teams like mine and we put everything we have into them. Hope everyone is doing well and I look forward to seeing what everyone came up with for the recent contests. You can visit my website that is very new and under construction: brendenclark.com