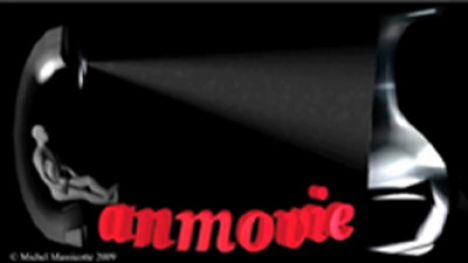 University was good for learning about the humanities --took English and heavy involvement in the theatre department-- and I had planned on being a novelist after going through what I thought were heart wrenching experiences before, during, and after university. But an instructor for writing literature for children noted, "you're basically a visual writer." I took that comment seriously and took workshops in writing scripts and film production. Then came the horror stories about what most producers do to scripts after they buy them from you. I put too much effort in my stories and scripts for them to be butchered, and applied that thought to every other aspect of movie production. I thought if I could write a script, how difficult could the other tasks be to accomplish? True, each discipline requires a different thought process, but once you do all of them once, you want to do them all the time for your projects. However, you do respect boundaries when fellow professionals ask for your help on specific tasks. ** In early February this year (2009), wrote poem "Mental Illness Laughing at Me". Adapting it as "Gregory Hurt" (in production) for the "Hard Times" competition here at Filmaka. ** I Wrote, produced, casted, operated camera, directed and edited: - Feature mini DV sci-fi drama "6 FOR 7" (In post) - Short mini DV sci-fi drama "Silent Touch" - (2006) - Short mini DV sci-fi drama "Mind Joust" - (2004) ** Wrote, produced, casted, member of crew: - Short 8mm sci-fi drama "The Degree of Courage" - (1995) ** Wrote novel "Water Boy and the Prom Queen" ** Wrote feature screenplays "Destiny's Affair" (Sci-fi drama) and "Lost in the Flesh" (Sci-fi thriller) ** Camera operator/ Editor, "Guys and Dolls, Jr." (grade school play- 2005) ** Camera operator/ Editor, Bob Cat Grey at Bluesfest in Ottawa, Ontario, Canada - (July 2004) ** Camera operator/ Editor, "Reading English, Speaking Algonquin" (Documentary - 2004) ** Am an affiliate member of the Canadian Cinema Editors ** Am an author with articles, short stories and excerpts of the novels at Authors Den ** Wrote, sang and recorded "25 years" at Good Egg Productions in Ottawa (' 87) ** Occasional instructor at the Independent Filmmakers Cooperative of Ottawa (IFCO) ** Hoping "6 FOR 7" will be accepted into festivals some time in 2009 ** B.A. English (' 93) - University of Ottawa (With heavy participation in the Department of Theatre) ** Graduate Diploma (' 98) - Institute of Children's Literature ** Diploma, (' 95) - Institute of Children's Literature ** Workshops in film taken at IFCO and the Canadian Screen Training Centre - Both in Ottawa