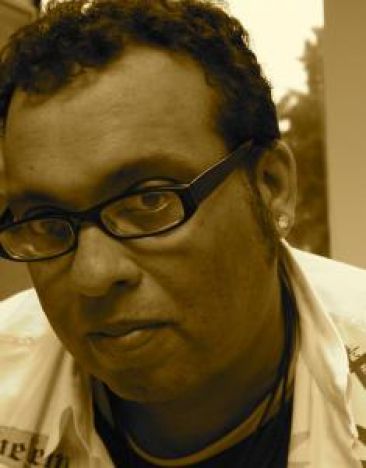 From the time he was five and putting on puppet shows for the neighborhood kids, Colin has always known his heart was in movies. That’s why his parents made sure to send him to Drexel University in Philadelphia to major in chemical engineering. Finishing his freshman year with an astounding 0.6 GPA, Colin convinced his professors and parents that carrying a calculator on his belt was not for him. So he enrolled in Penn State University and graduated with honors into the wonderful world of advertising. After spending a year at The School of Visual Arts in New York, Colin secured his first “cool” junior copywriting job – writing bookjackets for a medical publisher in New York. Though the idea of writing about swine research was stimulating and the growth potential was tremendous, Colin decided to move to a small ad agency in New Jersey. Over the next 13 years, Colin spent his time creating award-winning campaigns for Miller High Life, Gatorade, Budweiser, Nike, Showtime, Fox Sports and Sunkist Orange Soda. And of course sitting his big butt in various theater seats around the country. Spike Lee noticed Colin’s writing talents, leading the creative to form a relationship between the director and DDB Needham, which would lead to Spike/DDB. Somewhere around here, the Fox Network deemed a spot Colin wrote for the Lugz Shoe Company titled “Bathroom” one of the world’s funniest spots. At Ridley Scott’s Christmas Party, Colin had a life-changing conversation with director Marcus Nispel (Texas Chainsaw Massacre/PathFinder). Marcus told Colin that he shouldn’t just be writing commercials. He should write long-form. Colin quickly replied, “Huh?” “Features you, moron.” “Oooooh.” Sometimes Colin can be a little slow. From that point on, Colin began writing features. His first screenplay, “The Teen Titans,” was a semi-finalist in the IL/Chicago Contest. The next one, a horror tale titled “Bedbugs,” was optioned by the producer of the Broadway hit, Hairspray after it finished as a finalist in Scriptapalooza. In 2003, Colin saw his third screenplay turned into a feature from Lion’s Gate – “A Miami Tail.” Having formed a relationship with associate producer Ty Johnston and the movie’s star, Trina, Colin co-created the sitcom, “With Friends Like These…” Since then, Colin has been optioned and has either won or finished as a finalist in numerous screenwriting contests. A profound geek and DC comics fan, Colin lives with his wife, sheepdog Krypto, and his two beautiful, superhero-lovin’ daughters Chloe and Max, in Barrington, IL. Besides spending his time in movie theaters, writing, working out and cursing his beloved Philadelphia teams, he is very involved with his church and Sharla’s synagogue. He is represented by Acrobatic Entertainment and Jacobson, Russell, Saltz and Fingerman LLP.