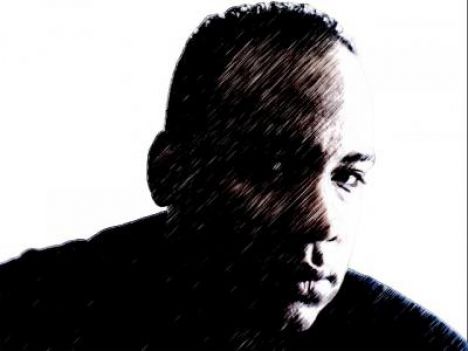 Writer/Producer/Director Kevin Miles discovered writing might be his true calling in life at a very tender age after being accused of something called "plagiarism" four times. He spent his formative years traveling the world–living in Central America, Canada, Europe and all over the U.S. He holds a B.S. in Mass Communications and a minor in Journalism from Southern Illinois University. As a writer, Kevin has worked in advertising and has had the great fortune to write ads for Burger King, Budweiser, McDonald's, Lexus, Twix, and Skittles to name but a few–seriously. The highlight of his advertising career was working with Def Jam Records and Phat Farm founder, Hip Hop Impresario Russell Simmons, for whom he wrote several memorable Coke commercials. Kevin's advertising work has been recognized by Communication Arts, The One Show, The Cannes Film Festival, The Clios, and the Webbys. He has also worked on numerous music video projects, including "She Bangs", the version featuring infamous American Idol contestant William Hung. He also wrote a TV show for Sony featuring the late Michael Jackson, which was subsequently shot, edited, then scrapped never to see the light of day. His entry in the 2003 Fox TV "Pitch-O-Rama" contest, an original spec he created called, "15 Minutes", which was to be the world's first animated TV series, didn't win, but a show which bore a striking similarity to it called "Drawn Together" turned up on Comedy Central a year later in 2004. Kevin has placed as a finalist in several prestigious international screenwriting and TV sitcom writing contests including a nod for the first dramatic screenplay he ever wrote called, “Good Medicine” which was chosen as a finalist in the “Urban Insider 555-SHORT Screenplay Contest”, an international competition with judges including directors Joel Zwick and Gina Prince-Blythewood, and screenwriter Ed Neumeier. Kevin was also selected as a finalist in the "TVwriter.com Spec Scriptacular" sitcom writing competition for his spec script "Rise And Shine" for "Everybody Loves Raymond". "Obama 2012", a commercial directed by four-time nominee and two-time DGA winner Rob Lieberman, which Kevin wrote, was chosen as a top 15 finalist in an international contest to create commercials to aid Barack Obama's successful bid to get elected, for Moveon.org's "Obama In 30 Seconds", which featured a panel of celebrity judges including Oliver Stone, Steve Buscemi, James Schamus, Matt Damon and Ben Affleck. His commercial was viewed well over 6 million times. Currently, Kevin is developing original content for 3net, a 3D channel created by Discovery, Sony and IMAX, pitching TV series concepts to Disney XD, Disney's new channel targeted to 6-14 year old boys, along with his writing partner and noted author, Dawn Dais and actor/producer David Reivers, father of actor and recording artist Corbin Bleu, star of Disney's "High School Musical" franchise. Miles and Dais' first TV projects under their newly formed company "Trouble Doubled Productions", include "Outer Space Brigade" and "Sidekicks" both animated and "Inside Out", which will be live-action and animation. Kevin is also hoping to pitch original TV show concepts to G4, The Food Network and OWN (Opra Winfrey Network) this year. If that weren’t enough to keep him busy, Kevin is also currently writing specs for “Spongebob”, "House Of Lies" and "Southland" and just recently finished the treatment and pilot script for a weekly sitcom called “Symbiosis”, which he plans to pitch to HBO, a children's TV show called "The Magic Marc Show" which he plans to pitch to Disney, Nickelodeon and The Discovery Channel For Kids, rewriting an original screenplay about a showdown between the best street ballers on the planet vs. the best players in the NBA, a screenplay with co-writer Dais about a hip hop artist who has a change of heart and decides to become a country and western star, and submitting two children's books he penned ("The Christmas Carrot" and "Grandma Sharon Shines Again") to publishers. Kevin is also the Co-founder of "The Gravy Factory" an apparel company specializing in apparel and gear for video gamers and computer geeks. Founded in 2004 with his Grammy Award nominated graphic design partner Jon Crossland, the company has sold its wares with Target and has teamed up on projects with The Sundance Film Festival, Ubisoft, Alienware, CNET, Prima Games and Allgames.com. Other than that, Kevin's schedule is pretty much open. "Regifting In The Name Of Love" on which Kevin teamed up with "MTV video Of The Year" nominated director Jeff Richter, was recently chosen as a finalist in the Filmaka.com Lincoln MKS music video contest. You can see more of Kevin's work at: kevinandrewmiles.com and kevinandcarl.com.