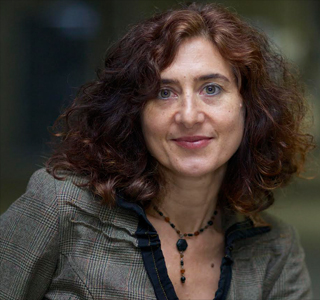 Award-winning filmmaker Varda Bar-Kar directs with visual grace and potent emotional presence. Her childhood spanned a mlange of countries and cultures, instilling within her an awe for our shared humanity. As a child, Varda experimented with expressing her vision through filmmaking which led her onto a professional path. Since, breaking out as a director Varda has reached millions with impactful social-activist-driven content, riveting short films, and documentaries.

Her shorts include Window starring Louis Gossett, Jr., a festival darling that screened at Cannes, Ode To Los Angeles a poetic homage to Los Angeles and What kind of Planet are We On? a profound wake up call about the state of our humanity, co-created with the seemingly ubiquitous, Taylor Negron. Varda has also directed for Deepak Nayar's global digital studio FILMAKA where she's created branded content as well as directed the sixteen part indie web series Runaway Stars (co-written with Patrick S. Bennett) about the emotional lives of an emerging band. More recently, Varda's feature documentary, Big Voice, chronicling a year in the life of a public High School Choir Director motivating 32 unwieldy students into a topnotch competitive choir. Big Voice enjoyed a robust festival run, received critical acclaim and has been picked up by Netflix. Varda is now in intensive development with Producer “dj” Rana Joy Glickman, on her first feature narrative film BRAD a coming of age story set during the 1976 bicentennial in sultry, smoggy, sunny Southern California. The screenplay is based on the story Where a Lawn Ought to Have Been, penned by her beloved friend, the late Taylor Negron.