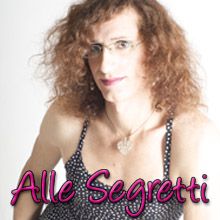 I am back! Past, Present and Future!

Producer, Directed and Edited my first feature film "Something About AJ" which was released in 2002 and screened at Cannes in 2006. It saw a number of Politicians and Agency Heads resign. A True Story :)

Produced, Directed, Shot and Edited "Not About AJ" our second feature film, with lot of assistance from Suzanne Brook (ex wife as of Nov 2012) a rough cut was screened at Cannes in 2006. The sequel, and all true!

Produced, Co-Directed and Edit Supervised "Creatures of Creation" our third feature - fiction, our first, which also screened at Cannes in 2006.

Never really into Short films till Filmaka came along and gave us a purpose. I always try and explore new technologies, skills or ideas, as well as develop intense stories in the short time frame.

I've grew to love the original Filmaka short 3 min format, however it's as demanding as shooting a feature, if not more so.

I started Acting in 2008 which resulted in a Filmaka award for my first acting! Everyone loved the Jury Entry - except the Jury.

2019, and after 5 years of turning to writing a catalog of over 300 screenplays in short and feature formats, I'm starting to turn back to production. My long term plans are to relocate, finally, to the USA and integrate with a life long film career.

2020 Filmaka spurred me to make "Behind the Scenes" during the global lockdowns. How do you make a film with one person isolated in outback Australia with no cast or crew? Do it yourself! Playing 7 characters in screen and one off screen, the documentary about a film crew making a film about dating ... It won an award :)

My entry for "Target" saw two actresses from 1000 km away travel and stay with me for a week. The first time Actresses worked hard, playing a lesbian couple. I had to step out of the lead and supporting roles after an unexpected injury the week before, so I play the straight sister. Irony. I decided to try a complex layer of book end montage around a core impact scene. Can emotions be drawn by an audience and stolen again?