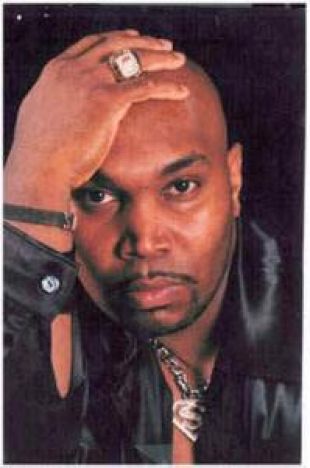 Filmmaker Darren A. Saunders: (Actor, Editor, Director, Producer, and Writer) “Success is Measured by your Determination to Achieve your Goals!” Darren A. Saunders is a rising talent from Miami, Florida in the entertainment community. Darren attended both Miami Dade Community College and the University of Miami, where he studied in the areas of music and film business. With over 20 years of experience on the entertainment scene, Darren established D.A.S. Productions & Marketing, a company named after his brand of products, promotions, and productions. Through his company, Darren has participated with many community organization and events, showcasing his talents as a fashion designer, musician, writer, producer, filmmaker, and motivational speaker. With a slate of documentary films highlighting community-based issues, short films, and feature film productions, Darren has perfected his craft and is preparing himself for the next level. Darren is a brilliant storyteller and wants to establish his brand of films, which expands into all genres. From horrors, dramas, comedies, sci-fi, and action based thrillers; Darren’s goal is to separate himself from the rest in his field. Darren is also a mentor to many other aspiring filmmakers. He encourages them to also understand the business of filmmaking, and embrace the art of filmmaking. Through his passion for his art, Darren has been asked to become a member of several film organization boards representing Black media and entertainment, in South Florida. “The Black Film and Media Group”, and “The Broward County Film Alliance”, is just two outreach program for Black Filmmakers in south Florida, which Darren is a proud participating member. Darren’s works have been recognized by Ralph Scott the Executive Producer for BET J’s and BET film/T.V. entertainment. Darren was inspired by conversations with Bret Ratner, Robin Cowie, Jerry Seinfeld, and Michael Bay, for pointing him in the right direction in regards to his career in filmmaking. Their message to Darren was to; “Build an audience and the money will come,” Darren gets a great fulfillment when entertaining his audiences with his works and products.